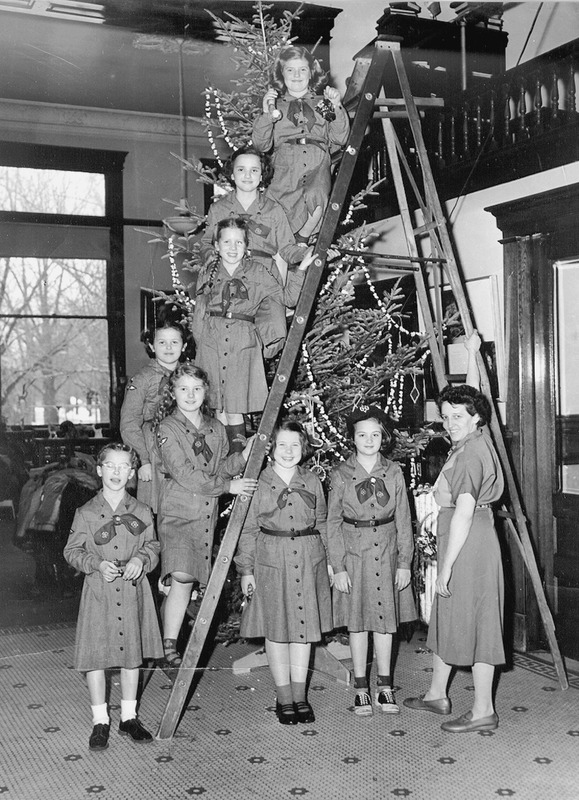 Picture from the book "Reflections Along the Bay" of Girl Scout Troop 23 decorating the Christmas tree at the Carnegie Library on 6th Street. Photo was originally published in the Traverse City Record Eagle 12/18/1950 with the caption:
Girl Scouts decorating a Christmas tree at the library on 6th Street.
The Traverse City Library building took on a glow of Christmas Saturday as Girl Scouts, under the direction of Mrs. Frank Power, decorated the large Yule tree and placed other seasonal decorations in the lobby. The youngsters gave the tree a homey touch by using long strings of popcorn as one of the ornamental items. This picture was taken just as the group completed its work. In the photo, top to bottom on the ladder, are Connie Meach, Mary Helen Edick, Mary Norton, Lillian Gleason, Jean Menmuir and Jolly Power. Beneath the ladder are Judy Wilson, Patricia Ohrenberger and Leader Mrs. Power. Carol Connie, and Elizabeth Crandall assisted with the work but are not shown in the picture.

This item has no relations.